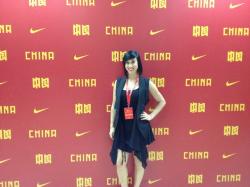 Behind the brilliance of every dance performance lies a mastermind that plans out every synchronized move and arranges them in the fluid routine that leaves spectators in awe. This is the life of Diamond Bar High School alumni Melissa Garcia, who is currently an artistic director working with top hit artists, such as Taylor Swift, in the entertainment industry.

Garcia started learning the art of dance around the age of six, participating in dance competitions since the age of eight. As a student at DBHS, Garcia was a part of the school’s dance team her freshman and sophomore year. There, Garcia found her love for performing and represented the school with the rest of the team at the World Championships for dance in Japan.

“I think that your entire experience in high school, and everything you do in life kind of prepares you for what you do,” Garcia said.

Following her years at DBHS, Garcia graduated from Chapman University with a degree in Public Relations. However, after two and a half years in the field, Garcia realized how much she missed performing and obtained an agent in order to become a professional dancer. Dancing on stage, Garcia participated in many world tours and performed with famous stars like artist Katy Perry and the rock band No Doubt.

“As a dancer, your life is like living in fantasy land. Being on the world tour, you’re staying in the nicest hotels, and you’re getting treated amazing. The fans are giving you tons of attention because you are the closest thing they could get to before they get to the artist. It’s an easy, amazing life,” Garcia said.

For a couple of years, Garcia worked as a choreographer before becoming the Associate Creative Director of the production and design company Silent House in Los Angeles. As the Creative Director, Garcia conceptualizes tours, live show performances, and television performances for famous artists.

“We travel with [the artists] and work with them on what is on the video screens and what the choreographers will do and what costumes they wear and how they move around the stage. We basically are the element that puts it all together,” Garcia said.

Garcia was offered the job of being the creative director after meeting Silent House CEO Baz Halpin. After initially attempting to continue dancing, the rigor of the schedule forced Garcia to stop dancing in 2012. While Garcia doesn’t believe she was ready to stop dancing, she knew that it was the best decision for her future and that it was where she wanted to be.

“As a creative and artistic director, the pressure and the demand of the job are huge, and it’s working 17 to 20 hour days for months at a time because nothing really happens without your hand being a part of it. I don’t think people really understand that there is a person or a small army of people that are basically the ones that make anything you guys view as an audience member happen,” Garcia said.

Garcia believes that her perseverance and her ability to chase after her passion are what allowed her to succeed and have a job in a career she loves. Her advice to high school students who haven’t decided on a career is to go after what they love and never give up.

“I think you need to definitely find your passion and don’t be afraid to fall and go after your passion even if it’s a little bit out of the norm and out of the box because if it’s something you really want, you can make it happen.”