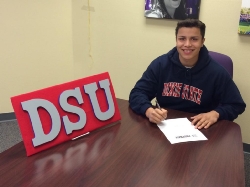 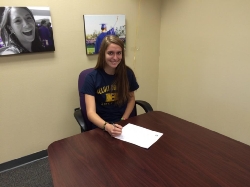 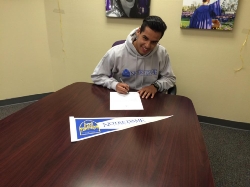 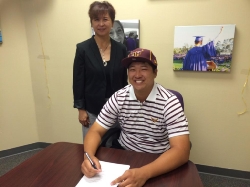 Four Diamond Bar High standout-athletes will be taking their skills to compete at the collegiate level after signing scholarships on April 17.

Senior William Yang will play golf at California State University Dominguez Hills. Yang first picked up the clubs when he was eight-years-old. By the time he was in sixth grade he was playing competitively in tournaments.

Yang played golf all four years at DBHS, along with travel teams.

“I’m pretty excited today,” the 18-year-old said during the signing ceremony with family and school officials.

“It’s a proud day. I’ve been looking forward to this since sixth grade!” the 18-year-old said.

The 17-year-old plays for a club team.

He will be joining his older brother, Justin, who received the same Notre Dame scholarship two years ago.

“He’ll show me the ropes. It’s going to be great!” Rosas said.