Mr. Howard Alcosser Chosen As Teacher Of The Year 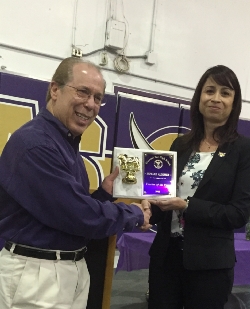 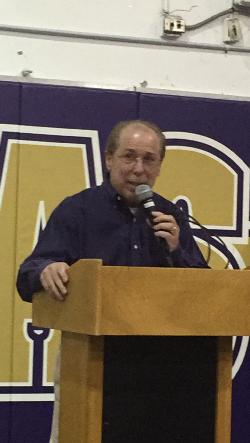 Mr. Howard Alcosser was chosen as Diamond Bar High School's 2014-15 Teacher of the Year by his colleagues. The announcement was made during today's Staff Appreciation Luncheon hosted by our Magnificent 7 parents' organization. Mr. Alcosser is the only teacher to have been honored with this award three times. He also received the title during the first two years DBHS was open, 1982-83 and 1983-84. This year, Mr. Alcosser has announced he will retire.