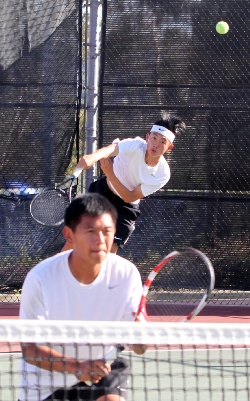 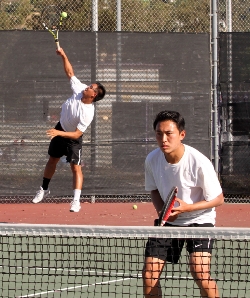 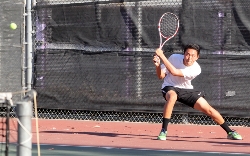 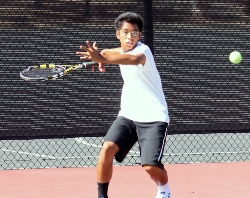 Our varsity boys tennis team was uncertain of the competition entering the new Palomares League. Focused preparation, desire and determination has produced an undefeated 9–0 league record, with one match remaining. The team is preparing itself for Ayala Thursday, April 30, and league finals next week.

Senior Russell Chen and Junior David Chee will be the top doubles seed in the league with a current record of 24-0. Seniors Daniel Chai and Roger Yang have a 18-3 record, while the new Freshmen team of Michael Tran and Nicholas Wong are 23-3. Sophomore Neil Tengbumroong traded wins with the top singles players in the league and carries a 20-3 record into Thursday.

Come down Thursday and help cheer your Brahmas on to their first Palomares league title. Go Brahmas!