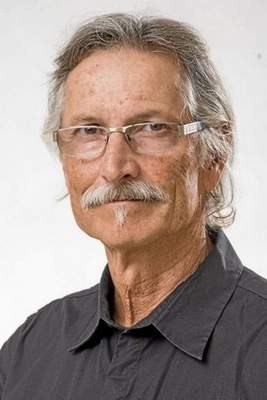 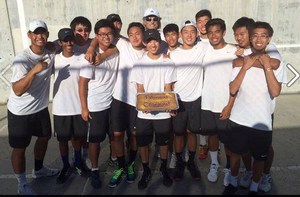 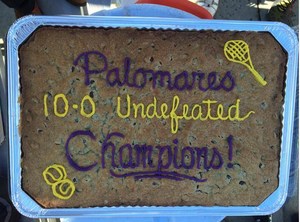 It has been a surprising send-off.

The last thing Diamond Bar High School boys tennis coach Dave Hamel expected in his final season was a dominating team. The Brahmas won the first Palomares League title with a 10-0 record and they are ranked seventh in the final CIF-Southern Section poll.

“It’s just a tradition at the school,” Hamel said. “New players coming in know they have to be players. We did not know what to expect in the new league and we had to just focus on ourselves.”

Hamel has roughly 23 days left on the job. He will retire on May 29 after teaching for 39 years, the last 16 at Diamond Bar after teaching at Canyon of Anaheim. He coached the Brahmas all 16 of those seasons and coached at Canyon another 17 years.

“Building a team off of last year’s semifinalists and state regional participants was going to be tough,” he said. “But we reconstructed our doubles, brought in some new freshmen and developed into a team that is just as deep, if not deeper, than last year’s boys.”

Diamond Bar is led by sophomore Neil Tengbumroong, who is seeded second in the league individual tournament, which got underway on Tuesday.

But its doubles that has carried the Brahmas. The top three seeds in the individuals are teammates Russell Chen and David Chee, who are undefeated, Daniel Chai and Roger Yang and freshman Nicholas Wong and Michael Tran.

“We had to scramble in doubles and they really come through,” Hamel said. “The No. 3 singles player is crucial, but it’s more important to have solid doubles teams to back up the singles players. They solidify the team and we have three really strong doubles teams.”

Arcadia has been able to knock off opponents because of its doubles play and will likely get a higher seed than Diamond Bar when the CIF-SS Division 2 team playoff pairings are announced on Monday.

“The skill levels of the three teams is really close,” first-year coach Damon Lieu said. “It’s very difficult to break through against our teams. They are almost equal in skill level and the teams have different styles which are tough to deal with.”

The Apaches finished the regular season 18-0 and are ranked second in the division.

All three doubles teams remain in the Pacific League individual tournament, which concludes Wednesday with semifinals and finals at Pasadena High. A fourth doubles team, which is the Apaches’ No. 1 team on the JV squad, nearly knocked off a Crescenta Valley team in the quarterfinals on Monday; the Apaches team received an at-large entry into the tournament.

“That fourth team hates to lose, even in practice” Lieu said. “What happens is that the intensity level of our doubles teams cant get lazy.”

Henry Zhang and Kevin Yang play No. 1 doubles and No. 2 team Brian Kim and Stanley Lim create spin issues because one player is left-handed and the other right-handed. Cibi Pari and Ken Nakamine play No. 3 doubles.

The Apaches added transfer Charles Deng from San Marino at midseason. He beat reigning league champion Sawyer Patterson of Burroughs in is lone matchup this season. Deng is in Wednesday’s semifinals, along with teammate Nicholas Figueira, who plays Patterson.