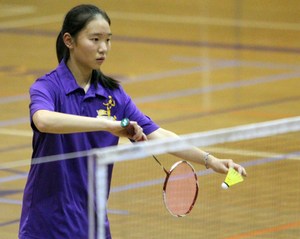 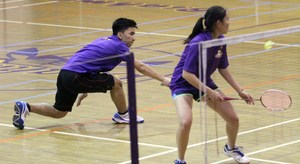 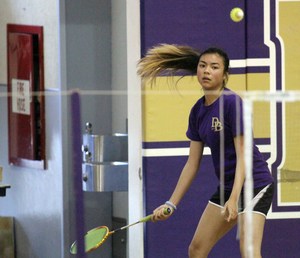 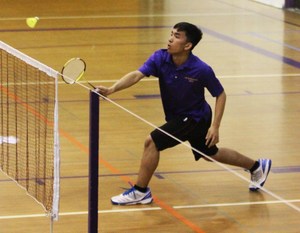 CLICK HERE to see more photos of the team in action!

Saturday afternoon’s badminton showdown at Long Beach Poly matched the three-time defending CIF-SS champion Diamond Bar High against a Jackrabbit team making its first appearance in a CIF championship match. The reigning champions were as good as advertised, putting on an impressive performance to take a 16-5 victory. It was the fourth consecutive championship for the Brahmas and their sixth title game appearance in a row.

Diamond Bar head coach Kemp Wells was hoping for a good start from his team, looking to win three of the opening four matches. Instead, the Brahmas took the first eight matches of the day to storm to a commanding lead.

“Rhythm is huge in high school sports, so it helps when you get that,” Wells said of his team’s commanding start. “It’s always nice when players exceed expectations.”

Poly’s first win of the day came in girls singles from Kristine Nguyen, who knocked off Kristine Martinez, 21-7, 21-9.

Nguyen also closed the day with a win, teaming up with mixed doubles partner Vattanak Ry to beat Jasmine Huang and Jonah Perea in three sets. It was the last remaining action of the day, meaning the full attention of the crowd was on this entertaining tussle, won 21-16, 16-21, 21-16 by the Jackrabbits (16-1).

“I think they played as well as they could have played today,” Poly head coach Steve Meckna said of his team’s performance. “They raised their game and, in my mind, gave a good account of themselves. Diamond Bar is incredibly good. I enjoyed the chance to play against the very best.”