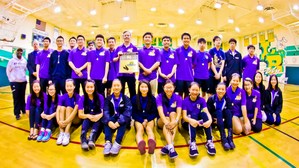 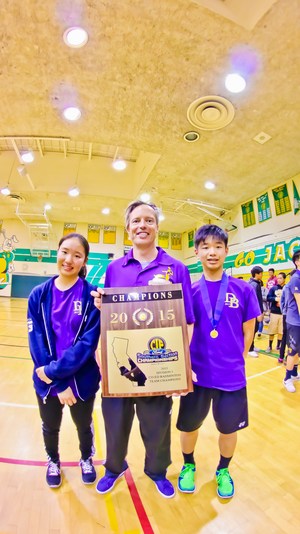 CLICK HERE to see more photos of the team in action!

Our badminton team jumped out to an 8-0 lead on their way to a 16-5 dominating victory over Long Beach Poly to capture the CIF Championship.

It is the team’s fourth consecutive championship. The team has its sights set on Villa Park’s record six straight championships.

The team finished 10-0 on the season!

Sophomores Vinson Chiu and Gwen Wang were both 4-0 on the day.

Sophomores Justin Lam and Megan Tsui were 3-0 on the day.

Senior Ethen Young and Freshman Abrose So paired to go 2-0 in Men’s Doubles.

Jonah Perea was 3-1 on the day only losing a hard fought three set mixed doubles match.