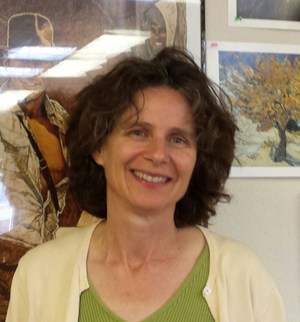 Diamond Bar High School has one of the nation’s most challenging curricula, yet some students take it further by participating in the International Baccalaureate program, headed by Dena Lordi. However, after more than a decade of running IB, Lordi has decided to hand over her responsibilities to math teacher Margaret Ku.

Lordi, who also teaches Algebra 2/Trigonometry Honors, started working on the program at DBHS in 1999. It was later approved by the national organization in 2000, and has been operating since then. This two year program is aimed at students from age 16 to 19, and consists of six different subject groups.

Each year, the students take three courses at a Standard Level, meaning they only study the subject for one year, and three courses at a Higher Level, meaning that the students will spend two years studying the subject. Additionally, there are three other basic requirements in the IB program: the Extended Essay, a Theory of Knowledge class, and “Creativity, action, service.”

The IB program, widely regarded as a challenging and rigorous program, is ideal for students who want to go out of the country for college, and is accepted in around 75 countries and over 2000 universities.

Lordi will be exchanging her duties as IB coordinator for teaching Theory of Knowledge, a mandatory class for IB seniors, and four periods of math.

“I just needed a change. I think that happens a lot with people; they end up doing the same thing over and over again, and I was running out of new ideas. So this is good, I’m very excited about teaching,” she said.

For Lordi, Ku was an obvious choice as her successor due to her enthusiasm for the program.

“It was a no brainer. She’s very excited about IB; she was a student in our very first class of IB diploma candidates in 2005, and when we hired her as a teacher about three years ago, it was an absolute perfect fit. It was a couple of years ago when I decided that I needed to move on, and so we asked her and she was excited about it,” Lordi said.

Much time has passed since planning for Lordi’s replacement has started, and Ku has successfully adjusted to the idea of acting as IB coordinator.

“There was a lot of planning involved in the decision of me taking the position of IB coordinator so I am excited about this but I also had a chance to get used to the idea before the decision was confirmed,” Ku said via e-mail.

After around 15 years of heading the IB program, Lordi has learned much and can now reflect on things that she would have done differently in her beginning years.

“I used to stress out a lot about making sure that myself and the other IB teachers were doing everything exactly right according to the IB rules. I think if I had to do it over again, I would be less worried about all of that stuff because in the end, it’s working with the students that I like,” she explained.

And while Lordi isn’t leaving the school, there are still some things that she won’t be able to experience again. Her favorite part of the year is around May, because she can see how far the IB seniors have come since she first had them as math students their freshmen year.

“[It’s amazing] to see them as seniors and they’re so articulate, they’re so ready to move on and ready to be people, out in the real world. And to see that, and to see how close they’re become as a group in the program; that’s the best part for me,” Lordi reflected.