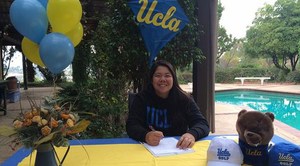 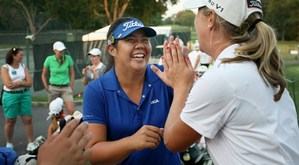 Bethany Wu brings an easygoing nature to the golf course. In contrast, however, her pace of play is so rapid that you might think she had never completed anything but a casual round.

So when she’s asked about her freshly-minted spot atop the Golfweek Junior Rankings, her response is predictably nonchalant.

“If I never reached No. 1, it wouldn’t have affected me much,” Wu said. “Being No. 1 was just brownie points.”

The 18-year-old from Diamond Bar, Calif., has been one of the top juniors in the country for the past two years. Wu came to the fore with a win at the ANNIKA Invitational in 2013 and defended that title the following year. She tacked on several other top 10s in the meantime. She did this all without receiving No. 1 status. Until now.

Wu reached No. 1 nearly a month after competing in her final junior event, the AJGA Rolex Tournament of Champions. It’s misleading to say she was unmoved by that. Wu admits her “brownie points” hold great value.

It’s a nice sendoff. Wu begins her college career this fall at UCLA, and even as the top junior in the country, she might easily get lost in the shuffle on a strong Bruin team.

Of course, that’s the view of an outsider. The person in charge of setting the lineup, UCLA head coach Carrie Forsyth, touts Wu as having a lot of potential.

Months before Wu reports for her first official practice as a Bruin, Forsyth already predicts she’ll find a spot in the lineup – hinting that Wu might challenge for the No. 1 or No. 2 spot.

On a roster filled with top prospects, Wu still stands out.

“Sometimes, female golfers are not as competitive as they could be,” Forsyth said. “But Bethany is different. It’s not an aggressive competitiveness, but she plays to win.”

Forsyth’s optimism is emboldened by Wu’s efforts to jump smoothly to the college level.

Wu split with longtime coach Greg Castleman in April and a month later, began working with Bryan Lebedevitch out of PGA West. The duo has been developing a straighter ball flight and Wu has moved away from her usual draw.

“That draw wasn’t a consistent shot,” she said. “Sometimes, I would start it 10 yards right, other times, 20 yards right. In pressure situations at the next level, I would rather hit the ball straight than way out to the right.”

She can also be more structured in her practice. Wu recently joined Hacienda Golf Club in La Habra Heights, California, a membership that allows her to do everything in one place. Wu used to bounce between four courses, sometimes traveling up to 40-50 minutes for a couple of these switches. The new arrangement breeds more consistency, but the most important aspect to this college-focused regimen has been Wu’s preparation.

An easygoing outer demeanor tends to mask Wu’s inner resolve, and, in a way, she has battled that laid-back nature to achieve a better balance in her golf game.

Wu admits that she could’ve been more prepared technically with her swing during her junior career and that she just started using yardage books this summer to map out everything on the golf course. Earlier in her career, this technique might have translated to more success.

“If I just practiced a little bit more and saw the golf course, I would've known where not to hit it,” Wu said. “I could’ve come out with a couple more wins.”

Wu’s increased focus on pre-tournament preparation stems from her belief that finding the proper game plan to attack a golf course is far more important at the college level. Wu has also continued to monitor her fitness, even if that’s not her favorite part of the process.

For the past 18 months, Wu worked with personal trainers, taking on an intensive 30-minute session twice per week. During the half-hour interval, there would be a half-mile run, pull-ups and sit-ups, weight training, upper body and core exercises, and balance tests.

“The first time I did it, I don’t think I could walk the next day,” Wu said.

Over time, though, the workouts became normal and Wu’s muscles stretched out, leading to more rotation (and power) in her swing. It’s no coincidence that Wu has gained 8 mph in club-head speed with her new coach.

Even with all that, Wu still feels the need to make certain adjustments.

She recently halted her workout program during the busy golf season, but plans to pick right back up with it after this week’s North and South Amateur. Wu currently uses a pull cart but will begin carrying her bag when she reaches UCLA. The idea is that the endurance needed for college golf will also guide her to victories.

Wu isn’t naïve about the academic demands of college, especially because the classroom experience will be a lot different from her final year of high school.

“Senior year was so easy for me,” Wu said. “I wasn't even paying attention in class.”

UCLA, on the other hand, won’t be a cakewalk with its enviable academic standards. To compound matters, the school runs on a compact 10-week quarter system. If the golf team misses three of four of those weeks, making up the work in that time could be difficult.

Wu has attended summer golf camps at UCLA as far back as the eighth grade and committed to the university early in her sophomore year.

There’s no doubt the effort the top junior has put in will help her acclimate quickly to the college game. If there are any lingering concerns about her ability, consider that she’s been standing toe-to-toe with the top juniors – and amateurs – for a long time.

“Four years ago, we had a boy in our camp who was really cocky about his game and was bragging about how he could beat anyone there,” Forsyth said. “I paired him in a match against Bethany and she had him 6 down after seven holes. The kid was devastated, but I was also proud of her. She taught him a little bit of a lesson.”