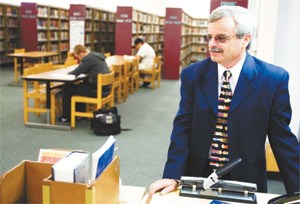 We are thankful that Mr. Denis Paul has been able to serve as Diamond Bar High School’s interim principal after the departure of Principal Catherine Real at the start of this school year. Mr. Paul is preparing to pass the baton to former Brahma staff member Mr. Guy Roubian at the beginning of second semester in January.

Guy Roubian, brother of DBHS English teacher Daniel Roubian, was an original Brahma, being the auto shop teacher when we opened the doors in September of 1982. Mr. Roubian was an integral part of the staff, coaching freshman football and being a class adviser. In 1995, he left DBHS to become Assistant Principal and later Principal of Upland High School. Mr. Roubian retired last June from the Ontario-Montclair Unified School District as the Assistant Superintendent of Human Resources.   We are excited about his return at the beginning of second semester.