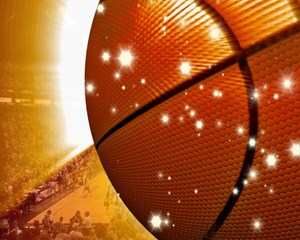 The Diamond Bar High School girls basketball team maintained its perfect record with its ninth consecutive win of the season Friday, beating Chino Hills 51-49 in overtime in the semifinals of the San Dimas Tournament to set up a final with fellow Palomares League team Glendora.

Despite having led for every one of the first 26 minutes, Diamond Bar looked like its perfect start to the season may come to an end. With less than four minutes left in the game, the Huskies (5-3) led 44-39 after going on a 12-1 run for their first lead of the game, with Janessa Thropay scoring six points.

However, the Huskies were already into the double bonus. The Brahmas (9-0) took advantage, making five of the eight foul shots while holding Chino Hills scoreless to tie the score at 44-44 and force overtime.

The Brahmas didn’t make a single field goal in the fourth quarter, and Kayla Rice broke the dry spell in overtime. Rice got an offensive rebound and laid in the ball to give Diamond Bar the first lead of OT. Rice added two blocked shots in the four-minute overtime period.

Juliana Gamboa made a reverse layup and made one of her two free throws later in the period. Gamboa finished with 25 points, five rebounds, three steals and three assists.

In that first quarter, Diamond Bar opened with a 7-0 run in the first two minutes in which Gamboa made a 3-pointer and fed the ball to Candace Black twice for open layups.

That seven-point lead held up going into the fourth quarter before the Huskies went on their 12-1 lead to take their first lead. Thropay had 15 points, 10 rebounds, four steals and two blocks.

Destinee Garr made the free throw for Diamond Bar that sent the game into overtime and finished with nine points and 14 rebounds. Black tallied 11 points and eight rebounds.

Before fouling out in the fourth quarter, freshman Dorcas Wu had 10 points, three blocks and a pair of steals.