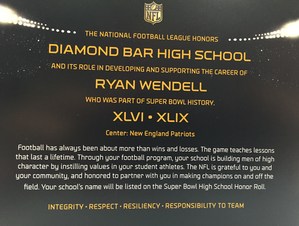 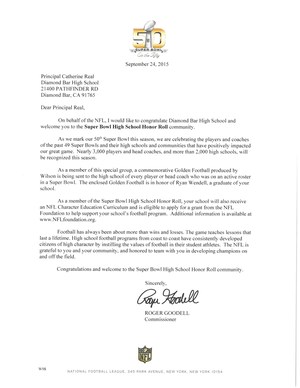 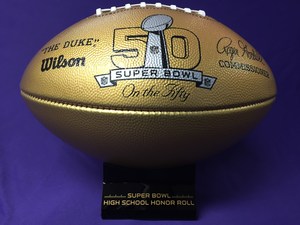 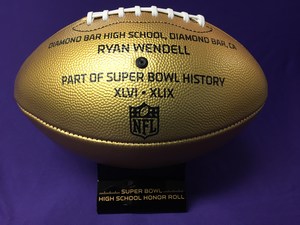 Our school has been listed on the NFL's Super Bowl High School Honor Roll because one of our graduates played in a Super Bowl. Diamond Bar High School received a football marking the 50th Anniversary of the Super Bowl and the accomplishments of alumnus and professional football player Ryan Wendell, Class of 2004. Ryan was the center for the New England Patriots when the team won Super Bowl XLIX on February 1, 2015.
Print