Colorguard Does Well In Western Championships 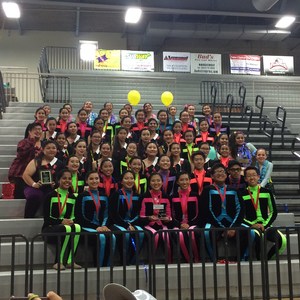 The Freshmen team performed their show: Totally Awesome 80's
And won the Gold Medal in their class.

The JV team was in the most competitive class. They had their best run of the season and came in 6th.

The Varsity team won the 2nd place Silver Medal in their division.

This was the final show of the season for the Freshmen and JV teams.

Tuesday, April 5, the Varsity guard is off to Dayton, OH for national championships.
Print