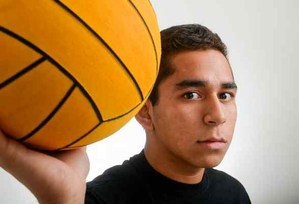 DIEGO HAMMOND needs your vote to be recognized as the Water Polo Player of the year for Southern California. This is a competition in which Diego is competing against players that have also been awarded Player of the Year in their respective regions.

The following link will take you to the website where you can VOTE for fellow Brahma Diego Hammond.

The winner will be the student athlete who receives the most votes by this Friday, January 20th at midnight.