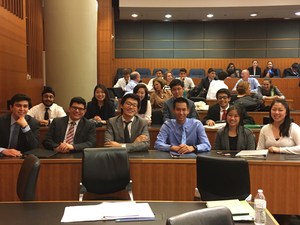 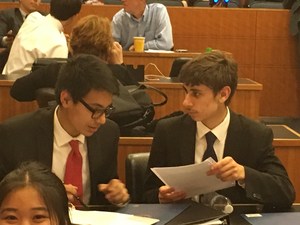 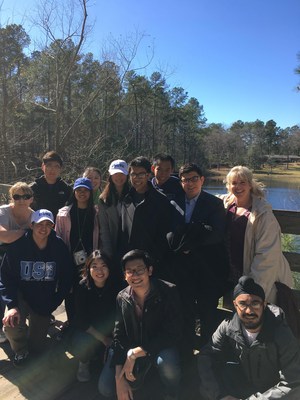 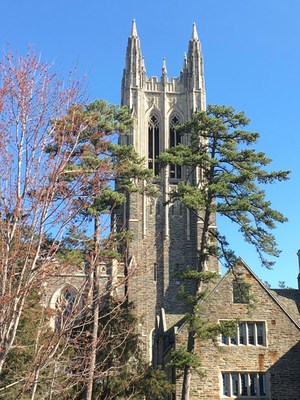 The weekend of February 25, ten DBHS students competed at Duke University's National Moot Court competition. There were 116 competitors, DBHS supplied 10 of them. They didn't make it to the top 16 round but did well!

It was their first trip to Duke for this annual competition. Most of the competitors were far more experienced Moot Courters than DBHS (Moot Court is different from Mock Trial) but our 10 held their own, impressively!

For an idea of what they were competing against, two competitors Mrs. Thomas happened to sit next to Saturday night were there for their 4th Moot Court competition of the school year and their 4th year of competing. They were ranked, after the first day of competition (4 rounds on Day 1) in position 1 and 2 going into Sunday's elimination rounds. They also did not make it to the top 16 round.

Duke University is beautiful. They did a hike in the countryside, and the last pic is especially cute. Hamzah Daud, during his 3 minute rebuttal pointed our that his opponent had used a case incorrectly, earning him much praise from the judges. The boy who used it wrong then came to Hamzah later that day and asked Hamzah to explain the case to him, that is a picture of Hamzah doing exactly that.
Print