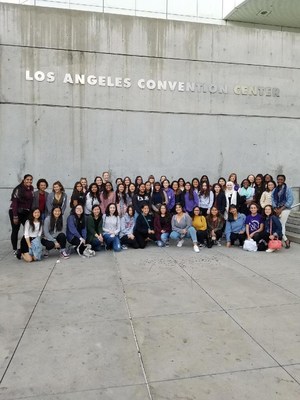 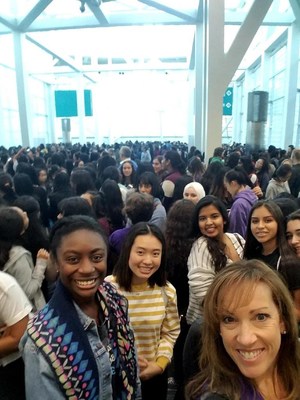 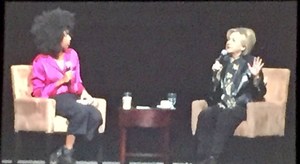 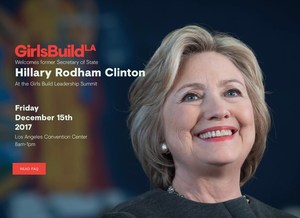 Friday, December 15, forty-five Diamond Bar High School female students were among the 10,000 students who hurried into the Los Angeles Convention Center. All were headed to see former Secretary of State and presidential nominee Hillary Clinton and other speakers at the LA Women’s Summit.

DBHS was chosen for the event after winning a raffle that included hundreds of other high schools and middle schools in Los Angeles County. Each school was allowed to bring about 45 students and five chaperones.

The annual event, held at the L.A. Convention Center, was hosted by LA Promise Fund. The organization aims to “create vibrant community hubs and partnerships that foster motivated, engaged and directed students poised for academic, professional and personal success,” according to its website. It also has other programs aimed to help local students and schools. Their “7 to 7” program, for example, provides different afterschool programs to help students prepare for college.

“This whole event was centered around motivating and encouraging young women to be successful, which I think is very important because instilling empowerment in women allows them to be more involved in significant parts of society,” sophomore Juhi Doshi said.

The event began with a conversation between comedian and actor Jessica Williams and Clinton. Discussing prevalent issues such as women’s education and being “the only woman in the room,” Clinton urged the young girls in the hall to “keep fighting for what is right.”

“There’s something, I hope, will connect with each and one of you from this stage during the day. Because these women and men who are here to speak about what they do and to encourage you to think about what you can do, they all have their own stories. And so maybe a little bit about their background will connect to you and what you’re feeling and thinking,” Clinton said.

“Hearing [Muhammad] say that she pursued things that were unaccepted gave me confidence to pursue things that I want to do but fear doing due to being unaccepted,” sophomore Ava Kremling said.

Afterwards, California Sen.  Kamala Harris concluded by relating to Clinton’s experience and being the “only woman in the room,” telling the girls that they are not alone in their struggles and that they are “never in those rooms alone.”

GLC Jenna Brummett said she hopes that the students who attended, despite gender, will be able to achieve their goals and feel “inspired and motivated.” Clinton also wanted students to leave with that same sense.

“I don’t want anybody leaving here today feeling alone. I want every one of you to know, whatever has happened to you in your life, has happened to other people too. Whatever your dreams, you can seek out mentors and advisors,” Clinton said.