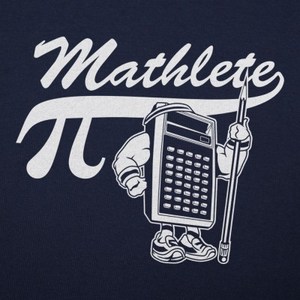 BRAHMA MATHLETES FIND SUCCESS IN MANY COMPETITIONS SINCE THE START OF THE 2018 SCHOOL YEAR!

Congratulations to the following BRAHMAS for qualified for the:

They qualified based on their scores on the AMC exam that was given last month.

Qinhong, Matthew and Timothy all scored in the top 1% of the nation!

These six students qualified to take the AIME exam on March 21st, 2018.

The AIME is the second of two tests used to determine qualification for the United States of America Mathematical Olympiad (USAMO), the first being the AMC.

The use of calculators is not allowed on the test.

Six of our top Math students competed at “Math Day at the Beach” on Saturday, February 24, at CSULB.

They did an amazing job.  For the first time in DBHS history, they were CO-CHAMPIONS in the TEAM RELAY.

It is worth noting that they were CO-CHAMPIONS with the powerhouse UNIVERSITY (IRVINE) team.

The team members are:

The California Math League Competition was given in 6 separate monthly 30-minute sessions. The sixth and last contest of this school year was given in March. The DBHS Math team continued its dominance over other teams in our division. Our top 5 scorers (which for the most part have been majority math club officers) scored 27 out of 30 points. This included perfect scores by junior Timothy Yeh and senior Qinhong Chen.

Our school score of 152 out of 180 places us in 13th among all California High Schools (out of over 150 competing schools). Of the 12 schools above us, 8 are from Northern California and 3 are from the San Diego area. Four of the 12 are private schools. The first-place team in the state scored a perfect 180/180. The school is a private prep MIDDLE school (Harker School-Middle) in the San Jose area with a tuition of 43 grand a year. Interestingly enough, the high school that it feeds into (Harker School-Upper) placed 12th, only one spot ahead of Diamond Bar.

Across all 6 tests both Tim and Qinhong scored 32 points out of 36. There were only 25 students in all of California that scored better than this, which makes them tied for 26th place. Senior Felix Su has done well all year long as well in earning 30 of the 36 possible points this year, placing him in the top 50.

The Log1 Competition has finally come to a completion as well. Our team ranked second in our Region (1 of 4) and our region consisted of 68 high schools and 1043 competitors. Our top scorers in the highest category (Mu) were all math club officers. Matthew Ho (8th), Qinhong Chen (9th), Felix Su (14th), Tim Yeh (19th), and William Shao (32nd). It comes to no surprise that these five students also made the cut for the American Invitational Mathematics Examination this year (out of only 6 overall from DBHS).

In addition, our school was awarded, for the second consecutive year, a cash prize of the nearest hundredth approximation of the mathematical constant e ($271.82) for being a top 10 school in our region!