Badminton Competes As Individuals In CIF 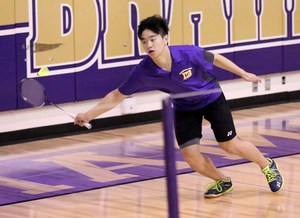 Our badminton players competed in the CIF Southern Section Individual Badminton Tournament May 15 & 16.

The following players received medals and will compete in the Southern California Individual Tournament on Saturday, May 19, at Arcadia High School.