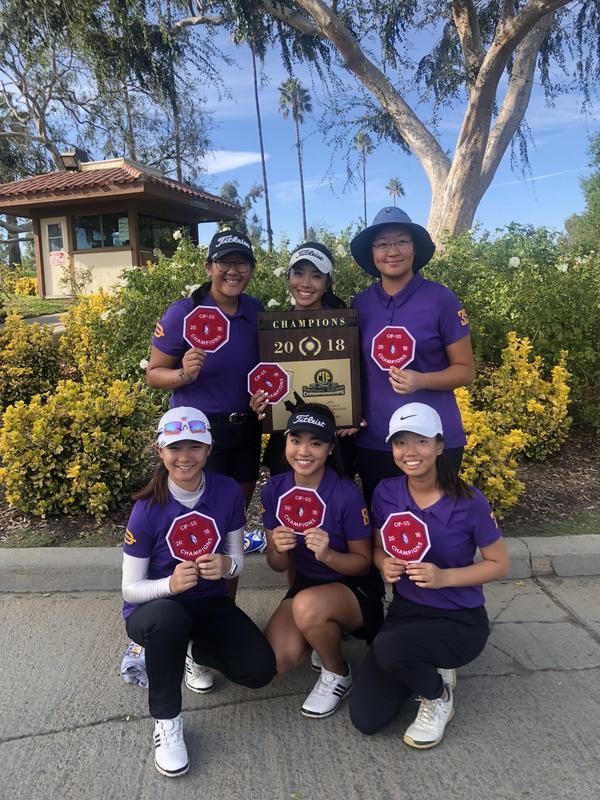 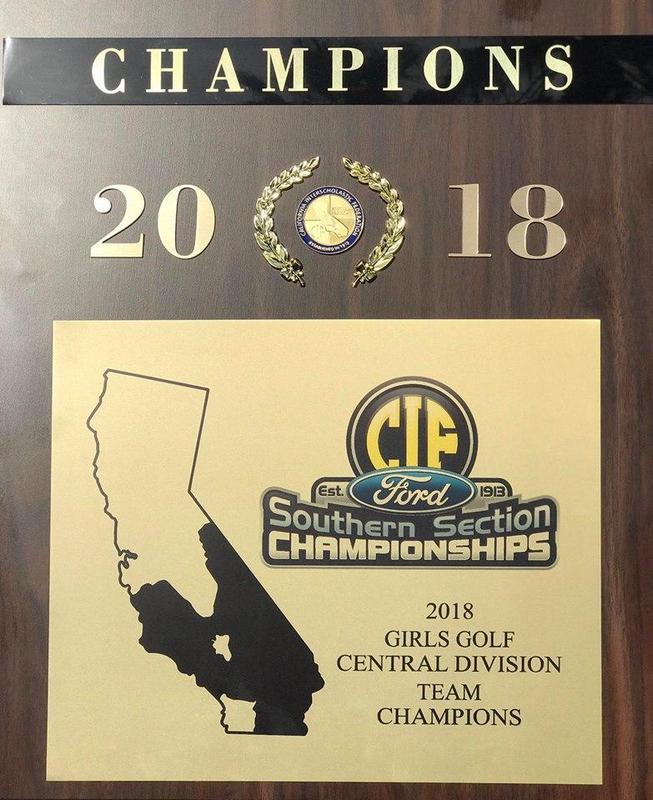 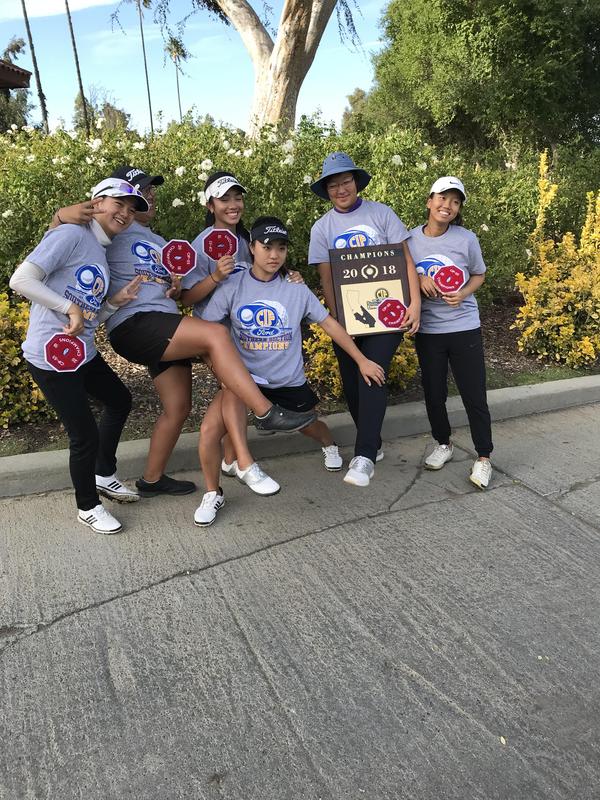 Congratulations to our Girls Golf team for their CIF championship victory Monday, October 29, in the Central Division Championships at Los Serranos Golf Course in Chino Hills.

Diamond Bar shot a 3 over par 373 on the par 74 course. Mater Dei was second with a 387. Santa Margarita was third with 391. All three will qualify for the CIF finals on Thursday, November 1.

Kailie Vongsaga shot the low score of the day and was medalist with a three under par 71. Emma Han took second with a two under par 72. Michelle Chang shot a wonderful round of two over par 76 to help the Brahmas to a 14-stroke victory and their sixth CIF title in seven years.

Wish them luck on Thursday, November 1, as they try to qualify for state semifinals.