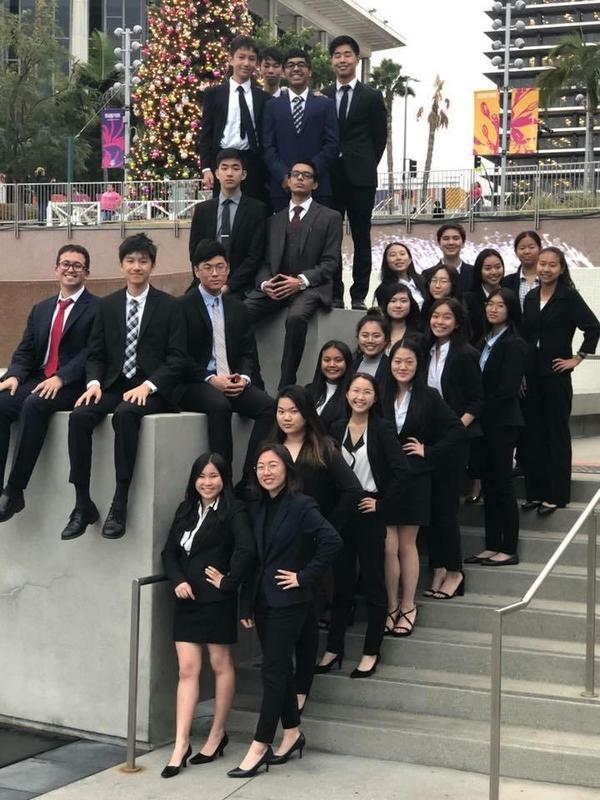 Team A, 16 young, mostly inexperienced team members lost to an aggressive competitor last night by a very small margin; a difference of only .8% separated the total points earned for Team A and their competitor. Team A put up an admirable fight and were commended for their performance and their sportsmanship by the attorneys that scored them and the judge that presided over the case.

Team B, older, and all returning team members performed like professionals, and were told that by the attorneys that scored them and the judge that presided over the case. Team B beat their opponent by a comfortable margin and will be competing in the TOP 6 on Monday, Dec 3rd.

MVP for Team A last night was Phillip Ma with Phillip, Danny Mansour and Emily Chen earning almost perfect scores for their performances.

MVP for Team B last night was Courtney Chan whose calm demeanor as a trial attorney is unmatched. She gave the only performance last night that earned perfect scores. But, her co-counsels Amelie Lee and Heidi Luo were also stellar, each giving the best performances I have ever seen from them. Pre-trial attorney Hamzah Daud was told by the judge, “man, you are really smart.” And, with a lawyer for numerous reality shows scoring us, Angela Medina was highlighted by the judge for her acting skills (she plays a witness that is a “social media influencer”).