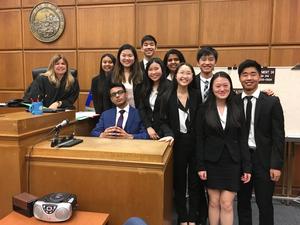 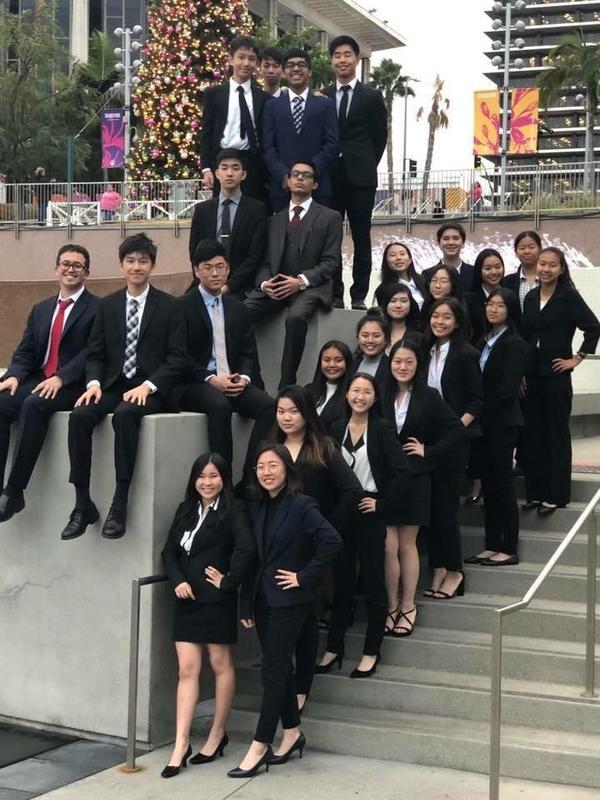 Every county in Calif has the opportunity to run a Mock Trial competition. Approximately 30 counties participate. Several counties have only a handful of teams that compete. Only LA County has over 50, with 96 teams in the competition this year.

Wednesday, December 5, Team B will face the team that last week took out our Team A. Being the LA County champions means we will get to advance to the State Championship held in Sacramento in March.

Monday night's semifinal round was amazing. Every student had every line of questioning, every oral argument memorized.

Pre-trial attorney Heidi Luo gave a 4 minute argument, was interrupted with questions throughout by the judge and gave a 2 min rebuttal based solely on what opposing counsel said, all with one post it for notes and that was only for her rebuttal.

The witnesses Andrea Monzon, Hamzah Daud, Courtney Chan and Amelie Lee were flawless! Each could not be tricked nor stumped. Each testified as if they really were the character that they were portraying.

Erin Li and Chris Chang, the clerk and bailiff respectively, made all the difference in how professional we presented ourselves to the scorers.

Wednesday, almost every member of Team B will perform again but  as the Prosecution. (Monday night, they were the defense). Most will switch from being a witness to an attorney and vice-versa.