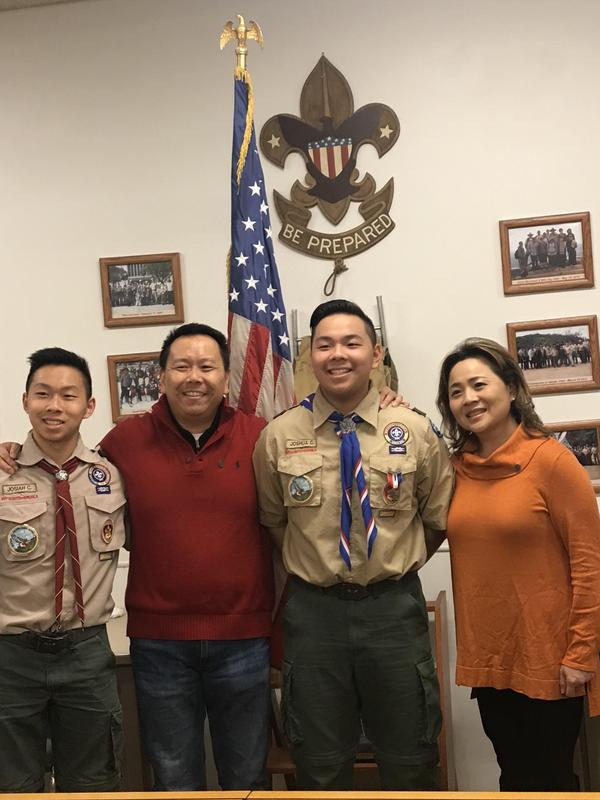 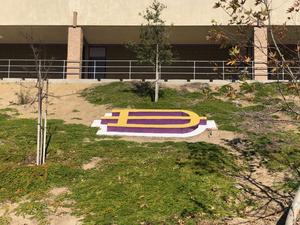 Congratulations to junior Joshua Chin who earned the rank of Eagle Scout in the Boy Scouts of America on January 16, 2019. His Eagle project was placing the DBHS logo on the slope between the baseball field and the 500 Building. In addition, his project also added some ground cover to the slope. Joshua is a member of Troop 737 led by Jorge Juarez.
Eagle Scout is the highest rank attainable in the Boy Scouting program of the Boy Scouts of America (BSA). A Scout who attains this rank is called an Eagle Scout or Eagle. Since its introduction in 1911, the Eagle Scout rank has been earned by more than 2 million young men. The title of Eagle Scout is held for life, thus giving rise to the phrase "Once an Eagle, always an Eagle".
Requirements include earning at least 21 merit badges and demonstrating Scout Spirit, service, and leadership. This includes an extensive service project that the Scout plans, organizes, leads, and manages. Eagle Scouts are presented with a medal and a badge that visibly recognizes the accomplishments of the Scout. Additional recognition can be earned through Eagle Palms, awarded for completing additional tenure, leadership, and merit badge requirements.
Print